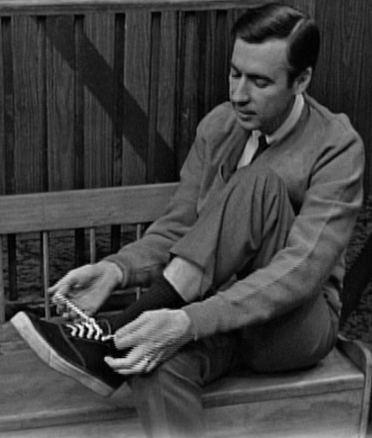 On February 19, 1968, Mister Rogers’ Neighborhood premiered on PBS and began broadcasting on KERA. It forever changed the landscape of children’s education media.

For more than 50 years, Mister Rogers’ Neighborhood has made children feel good about themselves. It has promoted values that are timeless and universal. It has provided quality programming based on widely-accepted principles of child development and child psychology.

Mister Rogers’ Neighborhood celebrated its 50th anniversary in 2018. It’s the crown jewel of public broadcasting, and we at KERA are grateful to have connected with generations of North Texas neighbors through this special program.

“Looks like you just earned the twenty-million dollars.” — Sen. John O. Pastore, chairman of the U.S. Senate Subcommittee on Communication, May 1, 1969

Watch Fred Rogers explain to the U.S. Senate Subcommittee on Communication, with his trademark sincerity and care, what he hoped Mister Rogers’ Neighborhood would accomplish for children: 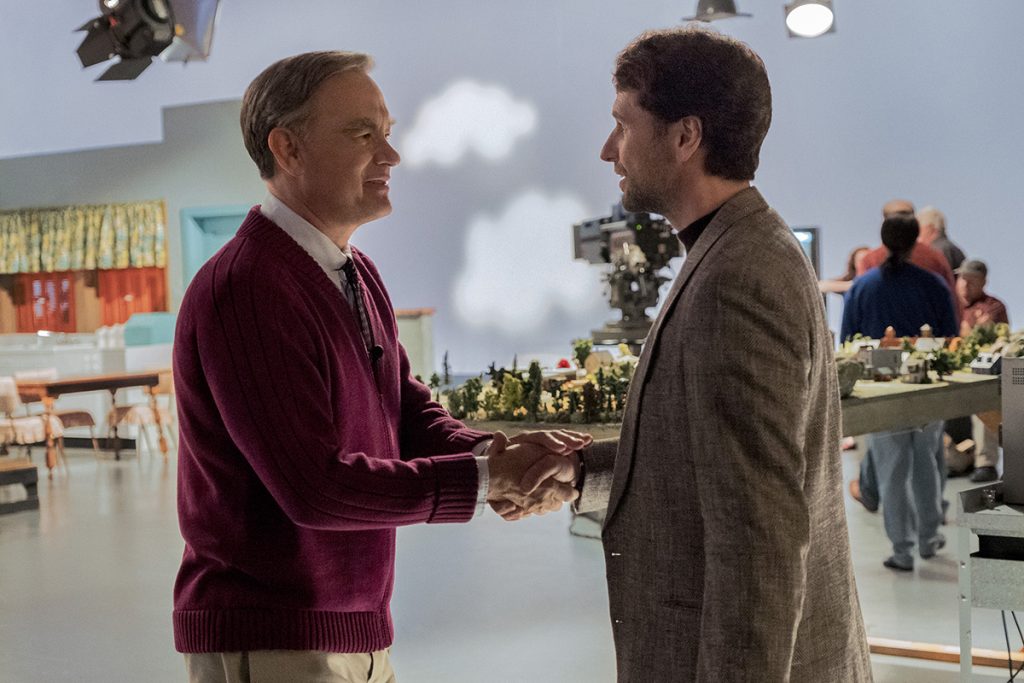 Tom Hanks as Fred Rogers and Matthew Rhys as journalist Tom Junod in the movie ‘A Beautiful Day in the Neighborhood’ (Photo: Sony Pictures)
Tom Junod had lost confidence in himself. He was known as cynical, hardened journalist. So it was an inside joke that he’d be assigned to interview the nicest man in America — Fred Rogers.

Junod joined KERA Think host Krys Boyd to talk about what turned into an unlikely, lifelong friendship with a quiet man who possessed a special power to deeply empathize with children and adults alike.

The movie A Beautiful Day in the Neighborhood – starring Tom Hanks as Mister Rogers – is based on a 1998 article Junod wrote for Esquire.

Can’t get enough? Explore more Mister Rogers and Daniel Tiger around the web: 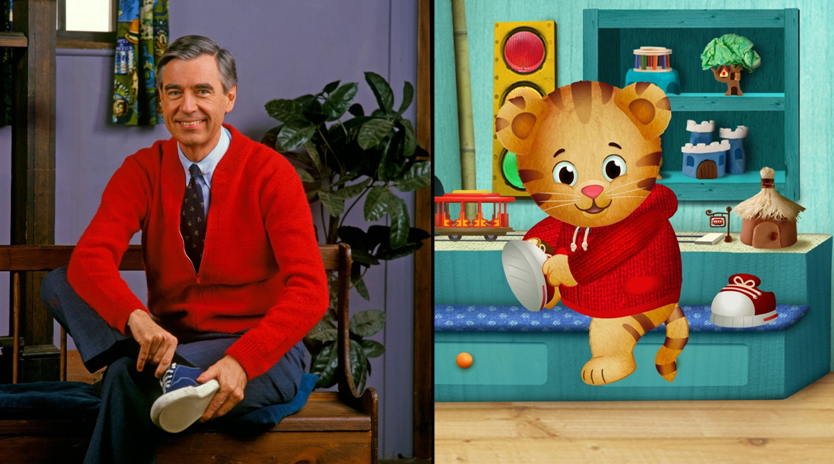 • View a roundup of five especially memorable moments from the show, including the 1981 visit from 10-year-old Jeffrey Erlanger (New York Times).
• “The legacy lives on.” Visit the Fred Rogers Company website here.
• Listen to the Fresh Air with Terry Gross episode about Fred Rogers.
• Read about Fred Rogers’ impact on his hometown (Pittsburgh Tribune-Review).
• Read a woman’s story about becoming friends with Mister Rogers while she battled seizures as a 5-year-old (Pittsburgh Post-Gazette).
• Read one parent share “Why ‘Mister Rogers’ Neighborhood’ is the Best Type of Screen Time” (Lifehacker).
• Watch Mister Rogers show his iconic sweaters to young viewers and share about their creator — his mother (Fred Rogers Company).
• Read Tom Junod’s in-depth 1998 profile of Fred Rogers (Esquire).
• Why is the show’s pace so slow and leisurely? Browse the Mister Rogers’ Neighborhood FAQ.
• Browse popular Mister Rogers quotes (Goodreads). 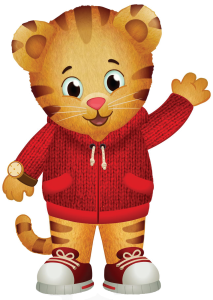 • Get Mister Rogers episode synopses, characters and other information here, by year or topic. You can do the same for Daniel Tiger episodes here (fan site neighborhoodarchive.com).
• Read “The saint-like legacy of Mister Rogers” (The Atlantic).
bull; Watch WUCF’s take on Mister Rogers’ impact on Central Florida (PBS).
• Read about the U.S. Postal Service’s stamp honoring Mister Rogers’ Neighborhood (NPR).
• Get Mister Rogers games, videos and more for kids (PBS Kids).
• Learn more about Daniel Tiger and get games, videos, stories and more about Daniel and his friends (Fred Rogers Company and PBS Kids).
• Read about Tom Hanks starring in the upcoming Fred Rogers biopic You Are My Friend (Variety).
• Browse the Fred Rogers page on Wikipedia.
• Read touching Mister Rogers stories and memories from fans (Today).
• Follow the Fred Rogers Company on Twitter here or like their Facebook page here.

We enjoyed meeting fans of Daniel Tiger — Mister Rogers’ heir to the Neighborhood — before the PBS Kids at the Alamo film screening in March 2018! Expand the toggle to view photos:

Are you a teacher, homeschool parent or other educator? Browse more resources on KERA Learn!, and follow KERA Learn! on Pinterest.

Parents and teachers — get educational resources, activities and tips with our At-Home Learning Toolkit.

Get help starting conversations with children about difficult events in the news with our emotional and mental health toolkit.

Sign up for our Start Smart text messages to receive easy tips on engaging with young children.

Guide children in their social and emotional development with these fun activities from Sesame Street.